you have not had much opportunity to listen to music recently, so we were all the more grateful to have such a wonderful ten-year anniversary folk club edition with not only Four Fiddles as featured artists, but ten fiddles accompanying Jock Stewart, what now seems like way, way back in February, as the world seemed to be still relatively in order. With hindsight, we were very blessed indeed, with what we know now to have been able to have staged such an event at Dotty's in Dottendorf.

Some of the wonderful people who played on that evening though have managed to find inventive ways around the live musical embargo imposed upon us during the Coronavirus lockdown. 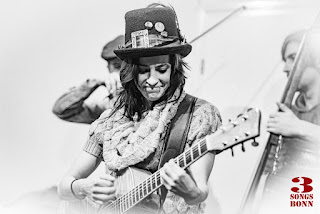 One example last Sunday was our good friend Cynthia Nickschas and Friends, who with the aid of Marco of "Scooter Joey" a new shop in the Koblenzerstrasse in Bad Godesberg adjacent to the post office, managed to stage a live concert on YouTube for their many fans. You can listen to it here, and hopefully, remind yourself of what you are missing:

Here you can join them for their live tone check in the middle of their unusual virtual performance and most of their set:

Other local folk clubbers have been able to perform live music under the auspices of Bonn Live,
https://www.bonnlive.com/
for example, Dennis Ledermann who played atop the Wetteronline building in Bonn Graurheindorf and even performed his own self-penned song entitled "Folk Club Bonn" which he premiered at the 10th-anniversary bash back in February. Many thanks for that one Dennis! 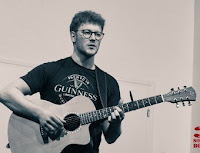 You can listen to this here:


Makeda, like Dennis, also made a cameo appearance at the anniversary folk club in February and you can relive some of her Bonn Live performance on top of the Post Tower in Bonn: 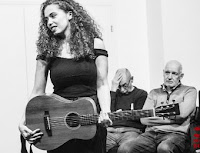 So, these are indeed hard musical times, but there is light beginning to flash down towards the end of the tunnel. Thanks to everyone out there who is chipping in and helping everyone else to keep the music playing during these strange times. Stay safe and keep smiling in all your surreal musical minds, and hope to catch you soon.