Hi Folk Clubbers!
Was just trying to make clear with the title, that I speak Swiss...
uh.....anyway...
John thought, and Andreas also commented, that the back drops for our recent "unbelievably-so-good-that-it's-scary" FC evening, provided our photo documetation with photos that really ARE scary, or at least leave the uninitiated reader to wonder, "what the.....Folk...?"

Statement from John (and I must add, it is quite grand that we had the FC evening on GF night.BLR)

"On Friday the 5th of November we had our "Horrible History" folk club event commemorating "Guy Fawkes Night" and the Gunpowder Plot which was a failed attempt by religious fundamentalists to blow up the English and Scottish King James I along with his family and parliament in 1605. Wicked tongues have rumoured that this is how people end up who attend the folk club, and either do not join in the choruses, or sing the choruses, but out of tune. This is of course, not the case and the extremely frightening and realistically macabre back drops to the last meeting were in fact a leftover from the Halloween Party the week before. Even Guido Fawkes himself did not suffer this fate, although his fellow conspirators did, when they were hanged, drawn and quartered for their crime. Guido "got lucky" in the end, as the last to be hanged, and as his final act, simply threw himself off the scaffold and merely broke his neck, thus sparing himself from a fate, "much worse than death itself". 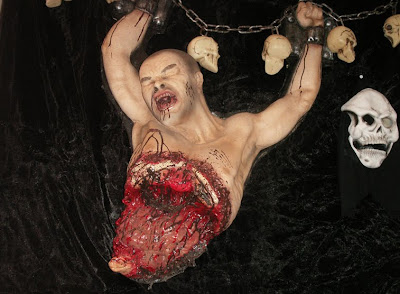 Other wicked tongues have rumoured however, and especially in recent times following the political scandals of false expense claims by so many members of parliament, that neither in the time before 1605 or in the centuries afterwards has any man or woman ever entered through the doors of parliament with such "honest intent" as Guy Fawkes, whose effigy to this day is still ceremoniously burnt on bonfires throughout the land."

We couldn't possibly comment on that one!
(However, now you know the reason for the strange backgrounds on some of the photos. Hopefully Beethoven will be back soon to cast his watchful eye over us again.)

MORE PHOTOS from the November Meet: 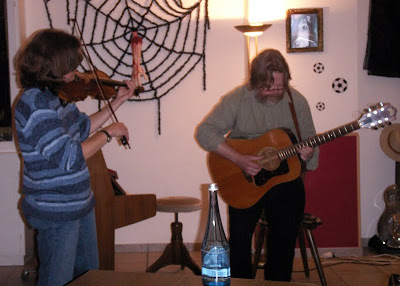 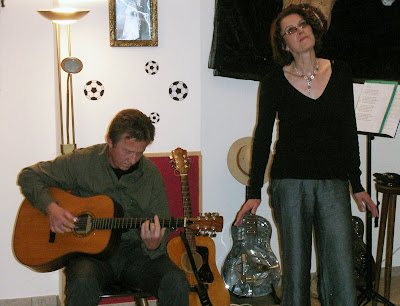 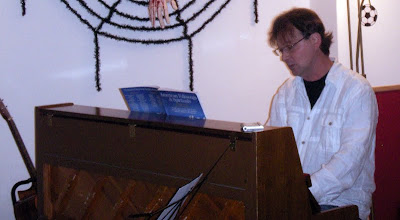 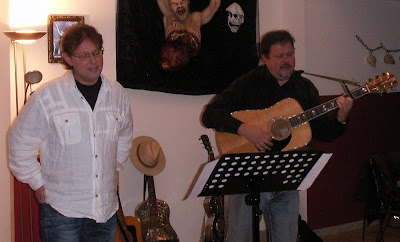 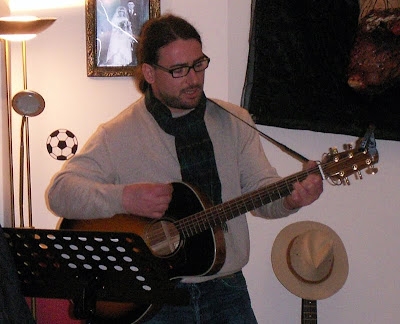 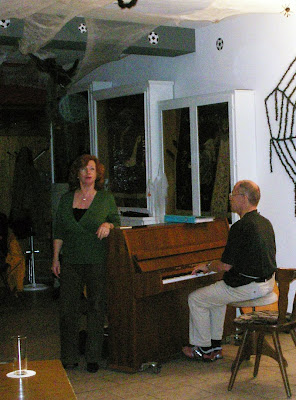 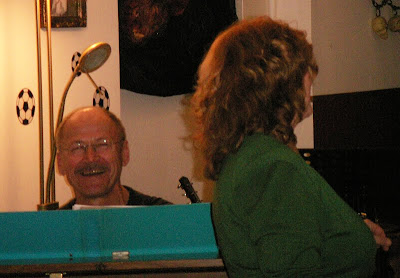 Finale - All the singers back on stage for a resounding
"When your drinkin' with me..."

Well Done! John and all those singing clubbers....
WELL DONE all you "Guy's"
Fawke!!!