Some Folk Clubbers moseyed down to the regular Open Mic second Saturday of the month sessions in Bonn in the Mausefalle (see the link on the right hand side of the blog.) which is now like the folk club, purely acoustic and totaly unplugged, and is run by two people who have often played and sung at the folk club, Mario Dompke and Richard Limbert, and have introduced the same conditions at the Open Mic, which should perhaps be now more correctly entitled „Open Mouth“ as there are no longer any mics there. Gerd Schinkel, the singer songwriter from Cologne was there and regaled us with a grand set of his own songs accompanied on the guitar. Gerd graciously accepted, all other things being equal, to come down to the Bonn Folk Club in September and play some hiw own self composed weather songs in September, so that's something for you to look forward to at the next folk club. It's good to get out and about sometimes and if Gerd can bring music from Cologne to Bonn so easily, then perhps some Bonners should reciprocate?

Paolo Pacifico, the blues harmonica player par excellence, walked in though the door of the Open Mic unexpectedly, and as you can see from the photos below, we all had a great time. So much so in fact that the two “Trentonians“, that’s John Harrison from Burton-upon-Trent in England and Paolo Pacifico from Trento in Italy, decided spontaneously to do a live concert alfresco and unplugged along the Rhine Promenade in Cologne this Sunday, to the south of the railway bridge which leads into the main railway station, but before the Deutzer Brücke. Just walk from the Dom cathederal down to the river Rhine and turn right and we’ll be along there somewhere along the promenade down towards where the Köln-Düsseldorfer boats dock.
The weather forcast is 28-29 o C and sunny, so bring your shades, and a hat, because we’ll be playing some very old Delta and Country Blues tunes. So if that floats your boat, we’ll see you on Sunday afternoon. 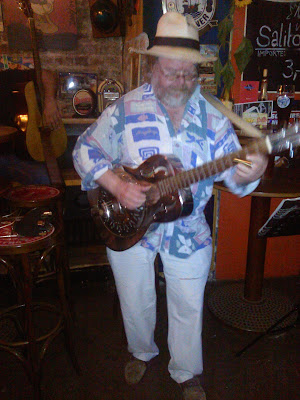 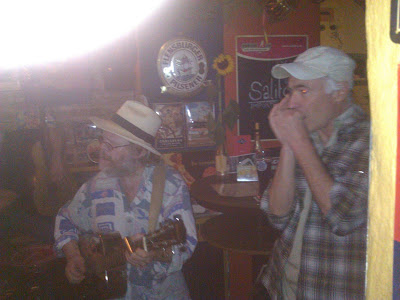 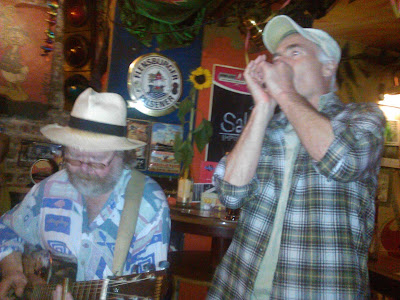 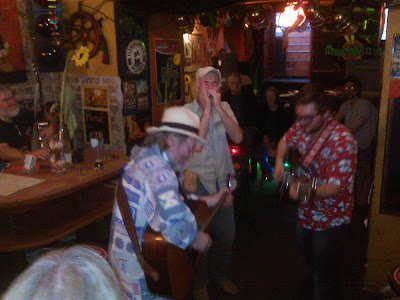