How very fortunate I am, that one day during the very early days of Bonn folk club, when we were housed in the back room of the "Schützenhaus" in Graurheindorf, itself a very unlikely location, to ever attract international musical revellers from the city centre of Bonn to spontaneously visit us, that John Hurd happened to walk through the door.

Immediately, a weight fell from my already over-burdened shoulders. Here for the very first time was a Bonner, who was actually born in England who had actually been to an English folk club and who realised what I was trying to recreate, an intimate English, British folk club, but being in Germany and in Bonn had a great geographical advantage having a little more European and international flair than one could normally not imagine in the UK, and certainly not imagine outside of the centre of major cities there.

For over a decade now we have both worked voluntarily together and with many others to make the Bonn folk club something much more than it originally should have been able to be or even ever become.

John Hurd of 3SongsBonn graced us with his presence again in October at FCB # 128 and once more did us proud with another ripping report on the evening. I know that I've said it before, but I still maintain, that if one cannot make it to a particular musical event for whatever reason, the next best thing is to read John Hurd's report on 3Songs Bonn and marvel at the photos.

The featured artist of the evening was Juhana Iivonen who had been re-scheduled time and time again, due to C-19, but this time he finally made it again and has only just now finished his almost month-long tour of Germany. Many thanks, Juhana! 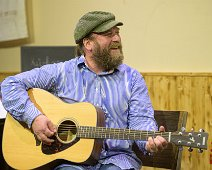 It was good to see not only well-known folk club faces but also some brand-new faces amongst the performers with Marina Eckhart and Alex Bartunek up from Austria and Ry(land) Burhans dropping in from Ohio with some old-time fiddle music.

Yawen dropped by and although now only twelve she is already a hardened and seasoned FCB veteran performer: 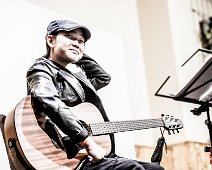 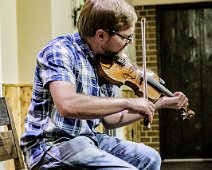 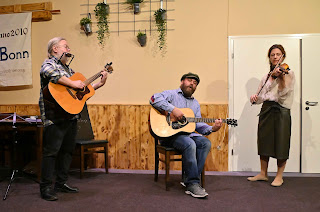 (photo courtesy of Sabine)
The above photo was the only one that John Hurd apparently missed on the evening. Detlef and I picked up Juhana from Bonn main station on Friday evening prior to the folk club and took him around to see Steve Perry with whom he had stayed during his two previous visits to Bonn folk club. Juhana had written a song called "Meri", meaning the ocean in Finnish, for Steve, and he performed it for Steve on his patio just prior to the folk club on Friday evening. Juhana had prudently Emailed an MP3 file of this song to John & Eva on the previous day, so we were able to accompany him on this song, which is dedicated to Steve, at the last folk club in October.
Thanks again Juhana!

Lots of other photos from John Hurd available here: