Snow time - One never knows who is listening, and sometimes it is the Green Man! 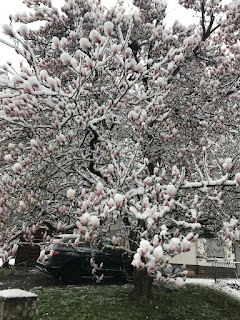 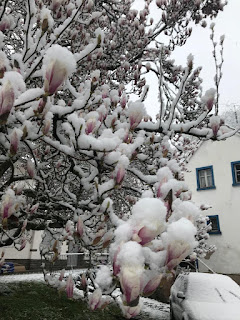 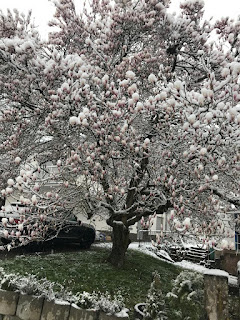 The trouble with playing in a folk club is that one never quite knows who is listening. At the last folk club Nr 122 in April I was blissfully unaware of the possible consequences as I was singing the last verse of Robert Johnson's song, "Come On In My Kitchen"

You can't last the winter, babe, just livin' on slow"

Well, The Green Man must certainly have been listening because as we awoke on the following Saturday morning of 02.04.22 it was to a complte white over. The snow did not hang around for long but Mario Dompke did manage to shoot some snow-laden magnilia trees Rhine-upwards in Bad Breisig to prove the point.

So just remember, one newer knows who is listening, and if it just happens to be the Green Man, he thinks nothing of going out of his way to prove a point!

As far as we are aware no magnolias died in this incident, the only damage was that some leaves fell a day earlier, than would otherwise have been the case, so no hard feelings on the Green Man.

My apologies for any distress caused Skoo Koo. 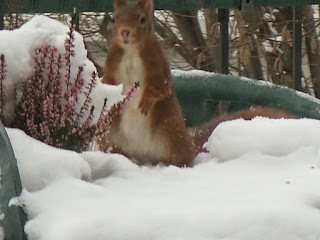